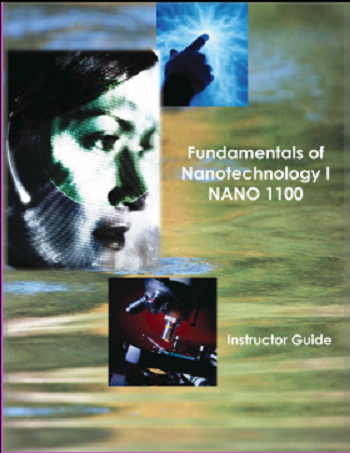 Nanotechnology 1100, provides an introduction into nanoscience and includes the history of nanotechnology and also an introduction into the tools used to study the world at the nanoscale. This course also covers a sense of scale, exponential notation, surface area to volume and the various forces that are predominant at various scale levels (macro, micro and nano). Finally this first course provides specific study of the application of nanotechnology to biological areas such as the study of proteins, drug interactions, cell operation and ion channels. Sensing systems and newly developed diagnostic tools that are a result of understanding the biological system at the nanoscale are also discussed. 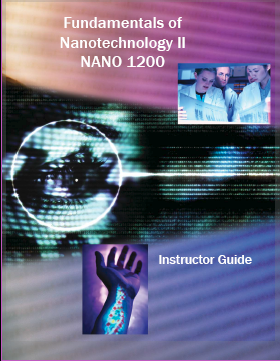 Nanotechnology 1200, focuses on the material science, chemistry and physics aspects of the nanoscale. The course begins with the discussion of elemental attributes and how environment can impact properties
and performance of the starting material. Crystal structure and material properties are then discussed with an emphasis on differences in interactions and measurements at various scale realms. Using the current semiconductor fabrication process as a foundation, students are introduced to the concepts and limitations of photolithography and etching processes. New approaches toward electronic circuits are introduced as students gain an understanding of the current process and necessary operation concepts for today’s electronic devices. Connection from electronic circuits to the outside world is also covered. Finally, the concepts of optics, photonics and lasers are discussed with an emphasis on new devices and applications based at nanoscale properties.

Nanotechnology Past and Present

Nanoscience and nanotechnology, the application of the research-based nanoscale science, have changed significantly over the last three and a half decades. The “bucky” ball, 60 carbon atoms arranged like a soccer ball, and an often-used symbol of nanotechnology, was discovered in 1985 and 4 years later scientists at IBM were able to manipulate xenon atoms on a surface. In the intervening years, nanotechnology has evolved from a singly focused research topic to an understanding that infiltrates every aspect of science and engineering disciplines. In addition, nanotechnology, and both naturally occurring and engineered nanomaterials, have become the focus of legal, environmental, and application and regulation disciplines. The first portion of this text serves as an introduction to nanotechnology: the history, mathematical concepts, and instruments required to study and manipulate the world at the atomic scale. The later portion of the text discusses the connectivity of nanotechnology to the more traditional scientific disciplines as well as emerging technologies.

This text can serve as an introduction to the nanoscale for science, computer science, and engineering disciplines. It can also provide a valuable foundation for disciplines such as industrial hygiene, architecture, sociology, ethics, and the humanities. There does not exist an educational discipline, market segment, or career avenue which will not be impacted by nanotechnology. 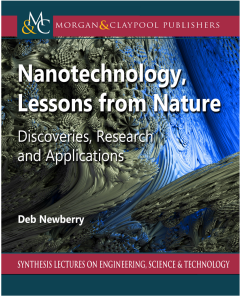 As long as humans have existed on the planet, they have looked at
the world around them and wondered about much of what they saw.
This book covers 21 different phenomena that have been observed
in nature and puzzled about for decades.
Only recently, with the
development of the microscopes and other tools that allow us to
study, evaluate, and test these observed phenomena at the molecular
and atomic scale, have researchers been able to understand the
science behind these observations.